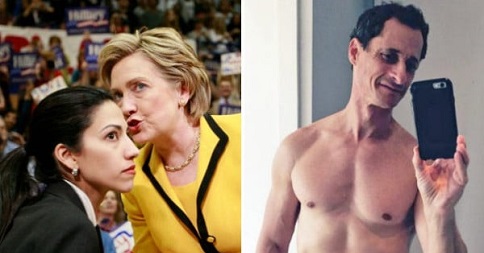 Transcripts obtained from the FBI in a request for information show that James Rybicki, the former FBI Chief of Staff under James Comey, testified that the Russia Conspiracy sham came from Obama’s White House in October 2016.

It was first reported in late July that businessman Ed Butowsky filed a lawsuit where he outed reporter Ellen Ratner as his source for information that Seth Rich and his brother provided WikiLeaks the DNC emails before the 2016 election, not Russia. This totally destroys the FBI and Mueller’s claims that Russians hacked the DNC to obtain these emails.

Butowsky claims in his lawsuit:

Next we reported that Butowsky and his attorney, Ty Clevenger, requested and obtained documents from the FBI related to their case which we were able to analyze.

According to the duo, they obtained the transcript from former FBI Chief of Staff James Rybicki where he states that the Obama White House was the entity that was pushing the Russia conspiracy as early as October 2016 –

Newly released documents from the FBI suggest that the Obama White House pushed intelligence agencies to publicly blame the Russians for email leaks from the Democratic National Committee to Wikileaks.

This afternoon I received an undated (and heavily redacted) transcript of an interview of James Rybicki, former chief of staff to former FBI Director James Comey, that includes this excerpt: “So we understand that at some point in October of 2016, there was, I guess, a desire by the White House to make some kind of statement about Russia’s…” and then the next page is omitted.

The comment is made by an unidentified prosecutor from the U.S. Office of Special Counsel or “OSC,” not to be confused with the office of former Special Counsel Robert Mueller (the OSC is a permanent office that investigates Hatch Act violations, and Mr. Comey was under investigation for trying to influence the 2016 Presidential election).

But the ding dongs at the corrupt FBI forgot to eliminate the list of words that were redacted as well as the pages and lines where they were redacted!

(D. Manny put together the entire list of words omitted from each page at PoliticsCentral.com.)

What we learned from this work is that the FBI redacted words like attorney, general, special, counsel and chief of staff, and names like McCabe, Comey, Preistap, as well as Hillary Clinton.

However, we were able to piece together the group that was involved with Russia gate –

[Mr. Rybicki.] So what I would call the sort of core group that met on that would certainly include the Director, the Deputy Director of the FBI. Now, a lot of these positions changed during the course — I’m sorry, a lot of people changed during the course of the investigation, so Deputy Director, so I believe it was Mr. Juliano at the beginning and then Mr. McCabe. The associate Deputy Director. Representatives from the actual investigative team, so Pete Strzok was the lead agent that briefed the Director. [Redacted] was the lead analyst that briefed the Director. Then there were representatives from the Office of the General Counsel, typically, the general counsel himself, other representatives from the Office of General Counsel. Would you like them?

Mr. Rybicki. Including Trisha Anderson and representatives from Mr. McCabe’s office, Lisa Page, and then myself.

Rybicki also confirms that he was at the meeting when Obama’s Attorney General Loretta Lynch told former FBI Director James Comey to refer to the Clinton investigation as a matter.

Next, when referring to obtaining the Wiener laptop that was magically reviewed just before the 2016 election, Rybicki says this –

Mr. Somers. What did you mean by authorize? You said they didn’t want to authorize?

Mr. Rybicki. Didn’t want to authorize any access to it.

Mr. Somers. Authorize whom, the FBI?

Mr. Somers. Authorize them to ask for the laptops?

Mr. Rybicki. So I just want to be precise, because I don’t know whether they sought by consent first. I just don’t recall that level, so I want to be careful, if that’s what you’re asking.

Mr. Somers. That’s what I’m getting at.

Mr. Rybicki. So process versus consent. I don’t recall that sitting here.
Mr. Somers. So did the DOD attorneys, they didn’t want to authorize a search warrant or other compulsory —

Mr. Rybicki. Again, I just want to be careful only because my recollection, I can’t remember whether the Bureau sought consent first and then were seeking — if they were denied consent access to sort of compulsory process. I just don’t have that level of recollection on it. I’m sure that was discussed in these updates, just sitting here I don’t remember.

Mr. Somers. And you also don’t remember are we talking national security division or U.S. attorneys?

Mr. Rybicki. Yes, I would be speculating

Rybicki claims that Obama’s AG Lynch’s DOJ, would not authorize the FBI to obtain access to the Weiner laptop.

The Weiner laptop review was so important the FBI decided to announce it was re-opening up the Clinton investigation right before the 2016 election. Now Rybicki claims that the DOJ, which was under AG Lynch and President Obama, was the reason for the delay in obtaining the Weiner laptop.

No matter what was going on at the dysfunctional and corrupt Obama DOJ and FBI, it was clearly against the law. This occurred for eight straight years and unfortunately is still going on today!