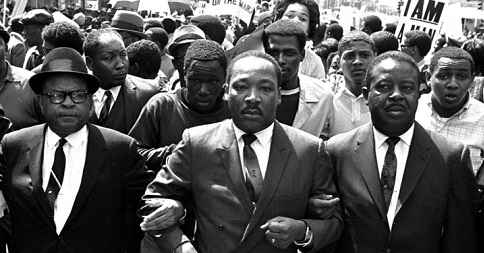 Turns out the FBI was already secretly plotting to use the equivalent of red flag laws to prevent those in the black American Civil Rights movements from having legal access to firearms, claiming them as too mentally ill and prone to aggressive and violent behaviors. The FBI used scholarly articles, for instance, “The Protest Psychosis” (1968), which argued that black power movements drive black men insane and cause attacks on Caucasians. It went even farther to assert that black men with schizophrenia are more hostile than white men suffering from the same mental condition. Claims were made that this is because of “delusional beliefs that their civil rights were being compromised or violated.”

FBI documents that were declassified and published in the 2010 book The Protest Psychosis: How Schizophrenia Became a Black Disease uncovered how FBI profilers in the 1960s were diagnosing black rights leaders like Malcolm X with “pre-psychotic paranoid schizophrenia” as a way to prevent their attempts to legally obtain firearms. Likewise, there was a huge push in medical journals for psychiatrists to address “the urgent social issue” of firearms as a response to “the threat of civil disorder.”

Back to 2019, we see calls for red flag laws as a way to prevent the lone white shooter from going on a rampage. However, using mental health illnesses as a baseline for this brings the same racial profiling problems as in the 1960s. This is because black Americans are disproportionately prone to mental health issues, undiagnosed or not.

According to the Department of Health and Human Services (U.S. HHS), adult black Americans are 20% more likely to report serious psychological distress than adult white Americans, and that number increases based on where they fall relative to the poverty line. While white men may commit suicide at higher rates, black men seem to have more failed attempts in general.

Asking mental health professionals to make calls on the potential risks of individuals with firearms will also face racial scrutiny, as less than 3% of these clinicians are black themselves.

Unless red flag laws are clearly written to apply to white American men only, they will disportionately be used to confiscate firearms from black men in the United States, which replays their racist history in the first place. The proposed federal laws, which have already been passed in a handful of states, are proposed to help reduce mass shootings but so far have had zero effect while ignoring the circumstances that cause mass shootings in the first place — which are well within psychiatry’s ability to actually help.