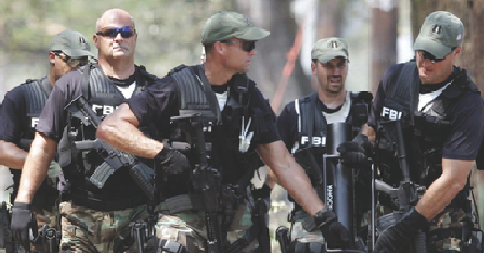 “We want no Gestapo or secret police. The FBI is tending in that direction. They are dabbling in sex-life scandals and plain blackmail. J. Edgar Hoover would give his right eye to take over, and all congressmen and senators are afraid of him.” — President Harry S. Truman

That was then, and now it can honestly be said the FBI meets everyone of the requirements in being called a Gestapo or secret police.

For instance, the message the FBI is sending young Americans today is “Don’t Be a Puppet”.

As part of the government’s so-called ongoing war on terror, the nation’s de facto secret police force is now recruiting students and teachers to spy on each other and report anyone who appears to have the potential to be “anti-government” or “extremist.”

Using the terms “anti-government,” “extremist” and “terrorist” interchangeably, the government continues to add to its growing list of characteristics that could distinguish an individual as a potential domestic terrorist.

For instance, you might be a domestic terrorist in the eyes of the FBI (and its network of snitches) if you: