Home When Should You Shoot A Cop

When Should You Shoot A Cop 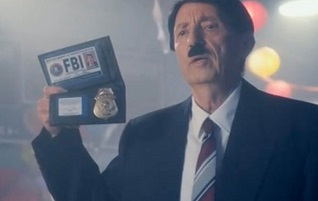 That question, even without an answer, makes most “law-abiding taxpayers” go into knee-jerk conniptions. The indoctrinated masses all race to see who can be first, and loudest, to proclaim that it is NEVER okay to forcibly resist “law enforcement.” In doing so, they also inadvertently demonstrate why so much of human history has been plagued by tyranny and oppression.

In an ideal world, cops would do nothing except protect people from thieves and attackers, in which case shooting a cop would never be justified. In the real world, however, far more injustice, violence, torture, theft, and outright murder has been committed IN THE NAME of “law enforcement,” than has been committed in spite of it. To get a little perspective, try watching a documentary or two about some of the atrocities committed by the regimes of Stalin, or Lenin, or Chairman Mao, or Hitler, or Pol Pot, or any number of other tyrants in history. Pause the film when the jackboots are about to herd innocent people into cattle cars, or gun them down as they stand on the edge of a ditch, and THEN ask yourself the question, “When should you shoot a cop?” Keep in mind, the evils of those regimes were committed in the name of “law enforcement.” And as much as the statement may make people cringe, the history of the human race would have been a lot LESS gruesome if there had been a lot MORE “cop-killers” around to deal with the state mercenaries of those regimes.

People don’t mind when you point out the tyranny that has happened in other countries, but most have a hard time viewing their OWN “country,” their OWN “government,” and their OWN “law enforcers,” in any sort of objective way. Having been trained to feel a blind loyalty to the ruling class of the particular piece of dirt they live on (a.k.a. “patriotism”), and having been trained to believe that obedience is a virtue, the idea of forcibly resisting “law enforcement” is simply unthinkable to many. Literally, they can’t even THINK about it. And humanity has suffered horribly because of it. It is a testament to the effectiveness of authoritarian indoctrination that literally billions of people throughout history have begged and screamed and cried in the face of authoritarian injustice and oppression, but only a tiny fraction have ever lifted a finger to actually try to STOP it.

Even when people can recognize tyranny and oppression, they still usually talk about “working within the system”–the same system that is responsible for the tyranny and oppression. People want to believe that “the system” will, sooner or later, provide justice. The last thing they want to consider is that they should “illegally” resist–that if they want to achieve justice, they must become “criminals” and “terrorists,” which is what anyone who resists “legal” injustice is automatically labelled. But history shows all too well that those who fight for freedom and justice almost always do so “illegally”–i.e., without the permission of the ruling class.

If politicians think that they have the right to impose any “law” they want, and cops have the attitude that, as long as it’s called “law,” they will enforce it, what is there to prevent complete tyranny? Not the consciences of the “law-makers” or their hired thugs, obviously. And not any election or petition to the politicians. When tyrants define what counts as “law,” then by definition it is up to the “law-breakers” to combat tyranny.

Pick any example of abuse of power, whether it is the fascist “war on drugs,” the police thuggery that has become so common, the random stops and searches now routinely carried out in the name of “security” (e.g., at airports, “border checkpoints” that aren’t even at the border, “sobriety checkpoints,” and so on), or anything else. Now ask yourself the uncomfortable question: If it’s wrong for cops to do these things, doesn’t that imply that the people have a right to RESIST such actions? Of course, state mercenaries don’t take kindly to being resisted, even non-violently. If you question their right to detain you, interrogate you, search you, invade your home, and so on, you are very likely to be tasered, physically assaulted, kidnapped, put in a cage, or shot. If a cop decides to treat you like livestock, whether he does it “legally” or not, you will usually have only two options: submit, or kill the cop. You can’t resist a cop “just a little” and get away with it. He will always call in more of his fellow gang members, until you are subdued or dead.

Basic logic dictates that you either have an obligation to LET “law enforcers” have their way with you, or you have the right to STOP them from doing so, which will almost always require killing them. (Politely asking fascists to not be fascists has a very poor track record.) Consider the recent Indiana Supreme Court ruling, which declared that if a cop tries to ILLEGALLY enter your home, it’s against the law for you to do anything to stop him. Aside from the patent absurdity of it, since it amounts to giving thugs with badges PERMISSION to “break the law,” and makes it a CRIME for you to defend yourself against a CRIMINAL (if he has a badge), consider the logical ramifications of that attitude.

There were once some words written on a piece of parchment (with those words now known as the Fourth Amendment), that said that you have the right to be free from unreasonable searches and seizures at the hands of “government” agents. In Indiana today, what could that possibly mean? The message from the ruling class is quite clear, and utterly insane. It amounts to this: “We don’t have the right to invade your home without probable cause … but if we DO, you have no right to stop us, and we have the right to arrest you if you try.”

Why not apply that to the rest of the Bill of Rights, while we’re at it? “You have the right to say what you want, but if we use violence to shut you up, you have to let us.” (I can personally attest to the fact that that is the attitude of the U.S. “Department of Justice.”) “You have the right to have guns, but if we try to forcibly and illegally disarm you, and you resist, we have the right to kill you.” (Ask Randy Weaver and the Branch Davidians about that one.) “You have the right to not testify against yourself, but when we coerce you into confessing (and call it a ‘plea agreement’), you can’t do a thing about it.” What good is a “right”–what does the term “right” even mean–if you have an obligation to allow jackboots to violate your so-called “rights”? It makes the term absolutely meaningless.

Those who are proud to be “law-abiding” don’t like to hear this, and don’t like to think about this, but what’s the alternative? If you do NOT have the right to forcibly resist injustice–even if the injustice is called “law”–that logically implies that you have an obligation to allow “government” agents to do absolutely anything they want to you, your home, your family, and so on. Really, there are only two choices: you are a slave, the property of the politicians, without any rights at all, or you have the right to violently resist “government” attempts to oppress you. There can be no other option.

Of course, on a practical level, openly resisting the gang called “government” is usually very hazardous to one’s health. But there is a big difference between obeying for the sake of self-preservation, which is often necessary and rational, and feeling a moral obligation to go along with whatever the ruling class wants to do to you, which is pathetic and insane. Most of the incomprehensible atrocities that have occurred throughout history were due in large part to the fact that most people answer “never” to the question of “When should you shoot a cop?” The correct answer is: When evil is “legal,” become a criminal. When oppression is enacted as “law,” become a “law-breaker.” When those violently victimizing the innocent have badges, become a cop-killer.

The next time you hear of a police officer being killed “in the line of duty,” take a moment to consider the very real possibility that maybe in that case, the “law enforcer” was the bad guy and the “cop killer” was the good guy. As it happens, that has been the case more often than not throughout human history.

Larken Rose narrated the above text he wrote, and the video below was edited by Pete Eyre, and published in November, 2012.