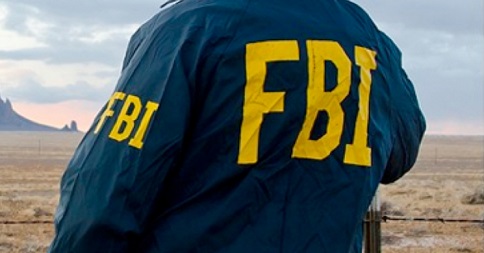 In the latest explosive twist to the Obama administration’s deadly “Fast and Furious” gun-running scandal, one of the key whistleblowers has now identified the FBI as a crucial player in the infamous 2010 murder of U.S. Border Patrol Agent Brian Terry. According to Bureau of Alcohol, Tobacco, Firearms and Explosives (ATF) Special Agent John Dodson, the criminals responsible for murdering border agent Terry were actually working for the two FBI operatives at the center of the Obama administration’s deadly plot to arm Mexican drug cartels.

As The New American and other sources reported in early 2011, the ATF was linked to Terry’s murder almost from the start. Indeed, two of the weapons found at the murder scene in Peck Canyon were traced back to Fast and Furious. The slaying of the elite federal border agent, who was killed near the U.S.-Mexico border by drug-cartel operatives armed by the Obama administration via the ATF, was the last straw for some of the officials involved in the scandal.

After learning that the murder weapons were from Fast and Furious — and that disgraced Attorney General Eric Holder’s Justice Department was engaged in an attempted cover-up — brave federal agents knew it was time to go to Congress and the press to blow the whistle. Now, Special Agent Dodson, a key figure who helped expose the administration’s gun-running scandal, has added even more scandalous revelations to the mix: The bandits who shot Terry were likely working for two FBI operatives at the time.

Of course, it has been common knowledge since at least early 2012 that the two Fast and Furious “drug lords” supposedly being “investigated” by the Obama administration were working for the FBI all along. Official documents revealed that the FBI operatives, who were using U.S. taxpayer funds to purchase weapons for cartels, were considered “national security assets,” “off limits,” and “untouchable.” In all, thousands of high-powered American guns were provided to cartels by the administration through the deadly scheme.

The latest revelations suggest the rabbit hole goes even deeper. According to allegations made by Dodson in a recent interview with the Arizona Republic, Terry’s killers — employed by the FBI operatives in question — were sent to the border for a “drug rip-off” mission based on “intelligence” from the Drug Enforcement Administration (DEA). The alleged goal of helping the FBI’s men steal the large drug shipment was supposedly to increase their clout among the duo’s fellow criminals, the whistleblower argued.

“I don’t think the [FBI] assets were part of the rip-off crew,” Dodson told the newspaper, echoing accusations made in his new book about blowing the whistle on Fast and Furious, dubbed The Unarmed Truth. “I think they were directing the rip crew.” (Emphasis added.) In his book, which the Obama administration unsuccessfully tried to censor by blocking publication, Dodson also argues that the DEA had and shared information on the massive drug shipment going through Peck Canyon the night Terry was killed.

In fact, the whistleblower says, the federal drug agency may have even orchestrated the shipment, an allegation unlikely to surprise analysts who follow the issues. The DEA — investigated by Congress last year for laundering Mexican cartel profits — also allegedly shared the information it had on the shipment with its counterparts at the FBI. Then, Dodson suggests, the FBI proceeded to tip off its own operatives with news that the drugs would be “theirs for the taking.”

“Stealing such a shipment would increase the clout of the FBI informants in the cartel organization they had penetrated,” Dodson argues in his book, “and thus lead to better intel for them in the future.” All of the agencies implicated in the scandal have refused to comment thus far. The Obama administration, meanwhile, has been working furiously to unlawfully conceal documents and evidence from congressional investigators.

Despite the fact that the increasingly discredited establishment media and the administration continue referring to Fast and Furious as a “botched” or “flawed” “investigation,” a growing amount of evidence shows that the operation was nothing of the sort. Instead, it appears to have been a deliberate plot to arm Mexican drug cartels with U.S. weapons for nefarious purposes — primarily, critics argue, to help justify the Obama administration’s assault on the Second Amendment.

Indeed, official documents obtained by Congress actually showed that the Obama administration planned to exploit the resulting Fast and Furious carnage to intensify its lawless efforts to restrict the gun rights of Americans. Numerous lawmakers and analysts have suggested that was the case almost from the start. In addition to U.S. lawmen, hundreds of Mexicans have been killed with Fast and Furious guns so far, with the Obama administration-linked massacres expected to continue for years.

While Dodson appears to genuinely believe that the FBI and other federal agencies were hoping mostly to boost the reputation of their cartel operatives, he does point to more than a few troubling pieces of the puzzle that suggest there are other agendas at work. “Essentially, the United States government is involved in cartel-building,” the ATF whistleblower was quoted as saying in the Arizona Republic.

As The New American has reported for years, multiple officials on both sides of the border, as well as drug-cartel kingpins, have all suggested that the U.S. government is actually deeply involved in the drug trade. The fact that there was never any real plan to arrest anyone as part of the Fast and Furious scheme — indeed, the two “drug lords” were already FBI operatives — would appear to bolster those allegations.

Law Enforcement Officers Advocates Council chief Andy Ramirez, a longtime supporter of the Border Patrol who has testified before Congress on multiple occasions, said it is time for a real investigation. “Given the allegations raised by Mr. Dodson, it’s pretty clear the suspicions many had in the murder of Agent Terry are well founded,” Ramirez told The New American. “This case long screamed for an independent prosecutor, and with Mr. Dodson’s charges, this must finally happen.”

“Our best bet is the appointment of a special prosecutor for the truth and justice for not only Brian Terry, but perhaps also Jaime Zapata, the ICE Agent assassinated in Mexico in 2011 due to what is believed to be his knowledge of Gunrunner, also known as Fast and Furious,” Ramirez continued. He also noted that growing amounts of evidence suggest there is far more to the story than has been admitted by the administration at this point.

In Congress, Republican lawmakers have long been sounding off about Fast and Furious, as well as the administration’s ham-handed efforts to cover up the truth. After top officials were exposed lying to congressional committees while refusing to hand over subpoenaed documents in the gun-running scandal, the outrage culminated in disgraced Attorney General Holder being held in criminal contempt on a bipartisan vote. Articles of Impeachment against the Justice Department boss have been introduced as well. However, nobody at the top has been held accountable yet, and the DOJ is refusing to prosecute its boss.

Rep. Darrell Issa (R-Calif.), chairman of the House Committee on Oversight and Government Reform trying to investigate Fast and Furious, vowed this month not to give up in seeking justice for Terry and other victims. “I think the message that the entire family needs to hear because they’ve seen so many setbacks over the past three years is that we won’t give up, that we continue to support them and we continue supporting whistleblowers like John Dodson because we’re going to get to the truth no matter how long it takes,” he said.

“We’re in court, as you know, and it’s a slow process, but we’re going to be tenacious there,” Rep. Issa continued, referring to an ongoing lawsuit seeking to pry Fast and Furious documents loose from an administration determined to conceal the facts from Congress and the public. “One thing that the Terry family should know is the full truth and the corrections that will prevent this from ever happening again are our highest priority.”

With the establishment media largely continuing to downplay or ignore Fast and Furious, and an out-of-control administration apparently under the impression that laws do not apply to its machinations, it remains unclear whether the full truth will ever be known. The prospect of serious accountability appears remote, for now, too. However, with the Fast and Furious body count growing and new revelations emerging regularly, advocates for the truth, and for the victims, remain hopeful that justice will eventually be served.