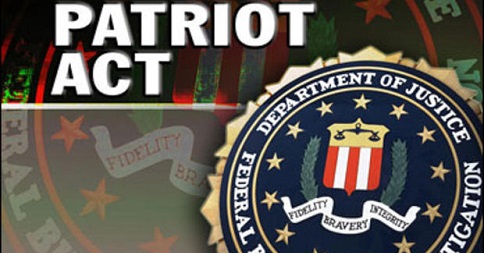 The FBI evaded limits on, and sometimes illegally issued, orders for phone, email and financial information on American citizens and underreported the use of these self-issued orders to Congress, according to an internal audit by the Justice Department released Friday. The DOJ Inspector General reported that the FBI used self-issued subpoenas, known as National Security Letters, to get information on at least 143,074 targets.

The audit found that 60% of a sample of these subpoenas did not conform to the rules, and another 22% contained unreported possible violations of the authorizing statute, including improper requests and unauthorized collections of information..

Additionally, the report faulted the FBI for sloppy record keeping, and found that, in one sample, the number of targets was 22% higher than was reported, meaning that the full extent of the use of the power was unknown.

The audit also found that one office made arrangements with telephone companies to get information instantly and then began getting records before issuing the NSL, by sending letters saying they needed the information for an emergency and that they were in the process of getting the letter. But, the audit found, “we could not confirm one instance in which a subpoena had been submitted to any U.S. attorney’s office before the exigent letter was sent to the phone companies” and that “many were not issued in exigent circumstances.”

The report sparked Congressman Edward Markey, (D-Massachusetts), a senior member of the Homeland Security committee, to call for hearings.

“The Inspector General’s report is a scathing critique of FBI misuse of the secretive process used to obtain sensitive personal information about individuals, including U.S. citizens, such as telephone records, e-mails, and other personal information” Markey said in a press release. “Tracking terrorists and thwarting attacks is absolutely essential, but when the FBI short-circuits legal processes that are supposed to provide enhanced terror-fighting tools without trampling Americans’ civil liberties,the Bureau undermines confidence in our legal system and may ensnare innocent Americans in terrorism investigations.”

The use of NSLs by the FBI ballooned after the Patriot Act softened the requirements, allowing agents in counter-terrorism and counter-intelligence investigations to self-issue the letters to telephone, internet and financial institutions so long as the agents affirmed that the information was “relevant” to an open investigation.

can be used to get phone records, subscriber information about a phone number or email address, email transaction records (headers, to and from lines, and subject lines – but not bodies of emails), bank records and full credit reports. That information is then stored a massive data warehouse, for later data-mining or subsequent investigations by FBI, state or local authorities.