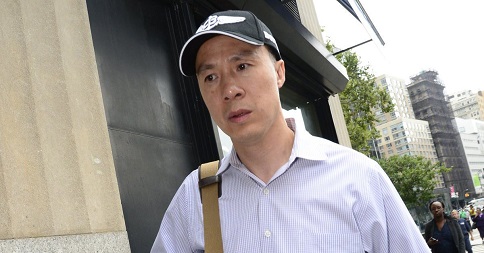 Different governments around the world would love to have someone on the inside feeding them information regularly, and that’s exactly what China managed to achieve at the FBI thanks to the actions of one Kun Shan Chun.

Chun (also known as Joey Chun) is a 46-year-old (a native of China) naturalized US citizen and an electronics technician who started work at the FBI’s New York Field Office back in 1997. He must have proved himself trustworthy as he was awarded top secret security clearance a year later and therefore has had access to sensitive information held within the bureau for well over a decade. However, in 2011 he decided to throw that privilege and his career away.

Then the information sharing began. Data transmissions were logged going from Chun to the Chinese official. The documents being sent included an organizational chart detailing the structure of the FBI as well as multiple photos Chun had taken of sensitive documents summarizing surveillance technologies used by the FBI.

The motivation for Chun was money and other perks offered to him including access to prostitutes. In 2015 an undercover FBI agent approached Chun as a seller of US secrets and he agreed to act as a go-between in return for payment.

Spending nearly 15 years working for the FBI to then betray your employer and your country for cash and prostitutes seems ridiculous to me. Maybe that’s just the cover story for a much more sinister reality. Whatever the case, Chun will not be doing anymore spying for the Chinese. He’s already pleaded guilty to “acting in the United States as an agent of the Chinese government” and sentencing will happen in December where Chun faces up to 10 years in jail.

Kun Shan Chun, a/k/a “Joey Chun,” provided sensitive FBI information to the Chinese Government. As such, he was sentenced to 24 months in prison for acting as an agent of China.

In addition to the prison sentence, Judge Marrero also sentenced CHUN, to one year of supervised release and to pay a $100 special assessment.