National Security And A Less-Restrained FBI 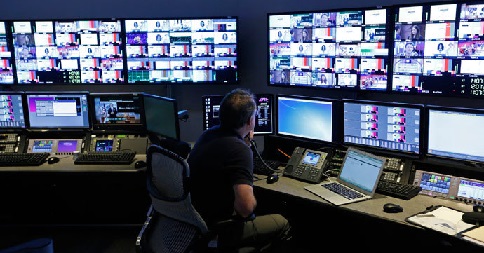 Less than three years after the last major revision of its domestic surveillance guidelines, the FBI is preparing to loosen its restrictions on monitoring Americans. If this is not halted, we might find our privacy eroded beyond repair.

Agents are already free to search the public Internet and the federal government’s vast and growing databases for information on groups or individuals — even if they aren’t suspected of wrongdoing — without approval from a supervisor. Under rules implemented in 2008, they can go still further, digging up information in broader commercial databases, or consulting state and local law enforcement records, provided they open an “assessment.” That isn’t the same as an “investigation,” which requires grounds for suspicion of criminal activity, but opening an assessment means that agents must at least create a paper trail and identify a legitimate purpose for their inquiries.

In 2008, we were told these rules would give the FBI the flexibility it needed to “proactively” ferret out national security threats. Now the FBI says these lax limits on its power are still too cumbersome: The next edition of the bureau’s operational manual will give agents leeway to search all those databases with no approval or explanation, without opening an assessment and creating a paper trail.

We’ve heard the complaint about “cumbersome” record-keeping before. According to a 2010 report from the Office of the Inspector General, FBI analysts refused to use an electronic system that would track demands for sensitive phone and Internet records, on the grounds that entering all that data was too burdensome. In reality, the inspector general found, employees were engaged in “widespread and serious misuse” of domestic spying authorities and sought to avoid oversight and accountability.

As the report noted, the lack of record-keeping means we may never know the full extent of the abuses, or even the true scale of legitimate spying. One thing is clear, however: The more snooping that is done without a paper trail, the less likely it is that abuses will be caught when they occur.

The change in the rules will remove a crucial deterrent for any of the 14,000 FBI employees who might be tempted to use their government access to all kinds of databases for improper personal ends, or to flout rules prohibiting religious, racial and political profiling. This is no hypothetical concern: Shortly after the new guidelines were announced, a former CIA official alleged that the Bush administration had asked the spy agency to dig up dirt on academic and blogger Juan Cole, whose fierce criticism of the war in Iraq earned the ire of the White House.

The new manual will also give agents who have opened assessments greater authority to employ physical surveillance teams. If the FBI thinks you might make a useful informant, agents will be free to dig through your garbage in hopes of finding embarrassing trash that might encourage you to cooperate. And they will be able to do this without first having to show any evidence that you are engaged in wrongdoing.

The FBI, predictably, is downplaying the changes in its rulebook, characterizing them as “clarifications” and “tweaks.” But all these tweaks add up to a substantial expansion of the FBI’s power to monitor innocent Americans — power Congress wisely curtailed in the 1970s in light of the bureau’s ugly history of spying on political dissidents. The law set broad limits on the most intrusive investigative techniques, such as wiretaps, but the details of who could be investigated and how were largely left to executive branch regulation. As statutory restraints on surveillance have been peeled back over the last decade, Americans have been asked to rely more than ever on those internal rules to check abuses.

Much of the growth of the surveillance state over the last decade has slid under the radar precisely because it’s been done piecemeal. For example, the USA Patriot Act greatly expanded the FBI’s ability to use what are called national security letters to obtain sensitive records without a court order. The letters are akin to subpoenas, demanding information about financial, phone or Internet transactions. When Congress granted this power to the agency, it was limited to “full investigations” based on specific evidence of a crime or security threat. But later the Justice Department quietly changed the rules to permit national security letters to be used in preliminary investigations based on mere suspicion. Within a few years, most of the letters were issued as part of such preliminary investigations.

In an era in which an unprecedented quantity of information about our daily activities is stored electronically and is retrievable with a mouse click, internal checks on the government’s power to comb those digital databases are more important than ever. That’s why Sens. Charles E. Grassley (R-Iowa) and Patrick J. Leahy (D-Vt.) have asked the FBI to delay implementation of the new rules until the Senate Judiciary Committee can be briefed on the changes. But they should go further, as their colleague Jon Tester (D-Mont.) has done, and insist that the current rules already give the government more than enough leeway to snoop on innocent Americans.

If we aren’t willing to say enough is enough, our privacy will slip away one tweak at a time.