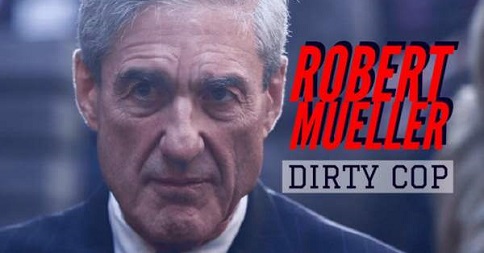 89-year-old Boston mob boss James ‘Whitey’ Bulger was killed in prison by a ‘fellow inmate with mafia ties’ shortly after he was transferred to a West Virginia federal prison.

Bulger was reportedly wheeled away from security cameras and beaten with a lock in a sock and also had his eyes gouged out.

Sources told The Daily Mail that Whitey Bulger was about to out people in the FBI, specifically FBI officials of the informant program.

Via The Daily Mail:

Boston gangster James ‘Whitey’ Bulger Jr. has been killed behind bars shortly after he was transferred to a federal prison in West Virginia. He was 89.

Bulger was found dead overnight on Tuesday at USP Hazelton, a high-security prison with an adjacent minimum security satellite camp in Bruceton Mills.

It emerged in Bulger’s 2013 trial that he had served as an FBI informant as far back as 1975, though he always denied the claim.

Law enforcement sources tell DailyMail.com that Whitey had been talking about outing people in the FBI – people in the top echelon of the informant program.

The sources said he hadn’t even been processed at the West Virginia facility when he was killed. But someone who knew he was being transferred put the word out – the killer had to know he was coming.

The Boston Globe noted Robert Mueller’s connection with the Whitey Bulger case in an article entitled, “One Lingering Question for FBI Director Robert Mueller.” The Globe said this:

“[Mike] Albano [former Parole Board Member who was threatened by two F.B.I. agents for considering parole for the men imprisoned for a crime they did not commit] was appalled that, later that same year, Mueller was appointed FBI director, because it was Mueller, first as an assistant US attorney then as the acting U.S. attorney in Boston, who wrote letters to the parole and pardons board throughout the 1980s opposing clemency for the four men framed by FBI lies. Of course, Mueller was also in that position while Whitey Bulger was helping the FBI cart off his criminal competitors even as he buried bodies in shallow graves along the Neponset…”

Mueller put people in prison for crimes they did not commit:

“Mueller was the head of the Criminal Division as Assistant U.S. Attorney, then as Acting U.S. Attorney. I could not find any explanation online by Mueller as to why he insisted on keeping the defendants in prison that FBI agents—in the pocket of Whitey Bulger—had framed for a murder they did not commit. Make no mistake: these were not honorable people he had incarcerated. But it was part of a pattern that eventually became quite clear that Mueller was more concerned with convicting and putting people in jail he disliked, even if they were innocent of the charges, than he was with ferreting out the truth,” Gohmert said.

The question is, was Whitey Bulger’s Prison Murder a Deep State Hit to Protect Mueller?

The wheelchair-bound former mob boss was murdered within hours of being transferred to the Hazelton prison. It appears that his assailants had advance knowledge of his arrival. Since 2014 he had been incarcerated at Coleman II federal prison in Florida. However, before being transferred to the Hazelton facility, he was shuffled briefly through the Federal Transfer Center in Oklahoma. A number of questions arise:

• Why was Bulger transferred to Hazelton?

• Who initiated the transfer order?

• Why was a high-profile convict with numerous enemies placed in Hazelton’s general population rather than a protective unit?

• Why was Bulger, nearly 90 and having health issues, transferred to Hazelton, which reportedly has no adequate health facilities for his condition?

A possible — and plausible — answer to these questions is that very high-level people in the anti-Trump Deep State “resistance” within the administration knew they must not let Bulger reveal any of the dirt he knows on Mueller. It looks like and smells like a setup to rub out a potential damaging witness. An investigation of the Mueller-FBI-Boston Mafia conspiracy would start a thread unraveling that would also lead to Uranium One, Skolkovo, the Clinton Foundation, and many other criminal actions in Mueller’s career. Mueller’s carefully crafted sterling image would crumble, and with it the Trump-Russia collusion illusion that the Deep State and its media shills have spent enormous resources over the past two years promoting.

Sure, the prevailing media explanation of Bulger’s demise is that he was murdered by Mafia enforcer Freddy Geas and two additional inmates at the Hazelton high-security federal prison in West Virginia. The motive for the hit on Bulger, goes the media narrative, is that Freddy Geas “hates rats,” meaning he hates “snitches” or informants. And Bulger had been exposed as a long-time FBI informant. However, he was not an informant in the usual sense of the word. He was more an “FBI asset” in a corrupt relationship that allowed him to carry on his murderous enterprise with virtual impunity in exchange for information that would allow his FBI handlers to enrich themselves and put feathers in their caps by snaring Bulger’s crime lord competitors.

The facts speak for themselves, Special Prosecutor Robert Mueller, who has been leading the “Trump-Russia collusion” witch hunt for the past two years, was a central player in the deadly Bulger – FBI scandal that has been begging for a thorough investigation for decades. A credible investigation of that scandal alone would likely be sufficient to topple Mueller and send him to prison.