The FBI Deep State Attack On Conservatives, Christians And Libertarians 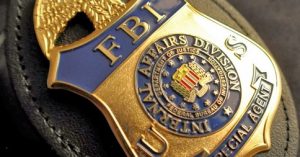 You should be outraged.

You see, it’s just now been discovered that the FBI is partnering with one of the most dangerous arms of Deep State influence: The Southern Poverty Law Center.

This powerful, $3 million left-wing organization labels and targets Conservatives and Christians as “hate groups” on their dangerous “hate map”—a disturbing map of every “hate group” in America.

They lie, manipulate and distort the truth to influence the government, the media and culture with their dangerous ideology – and try destroy anyone that disagrees with them.

By acting as a source of “truth” for the media and government agencies, the Southern Poverty Law Center has influenced the dangerous censorship of Conservative and Christian voices on Facebook, Twitter, and Google …. The Department of Homeland Security …. and now, the FBI.

In disturbing new proof, the FBI admitted to having a “working relationship” with the SPLC in an email correspondence.

After all the exposure of how bad the SPLC is, it’s shocking that the FBI could potentially base their targeting for information collection on the SPLC’s dangerous “hate map” – which includes Conservatives and Christians such as:

These are all non-profits aimed at upholding Conservative and Christian values – and now, could potentially be seen as threats by one of our nation’s top intelligence agencies.

And, if you are pro-freedom and pro-family, you might just find yourself being labeled “suspicious” by the FBI.

The FBI’s Hate Crimes web page also lists the SPLC as a partner, along with such progressive as the NAACP, the National Center for Transgender Equity and the National Gay and Lesbian Task Force.

The FBI’s partnership with the SPLC is just one more proof of the dangerous politicization of this government agency.