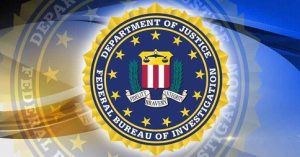 During a recent segment of Fox News‘ “Tucker Carlson Tonight” show, host Tucker Carlson explained how the Federal Bureau of Investigation (FBI) is rife with corruption and deceit, and has long engaged in anti-American tactics and behaviors that serve the interests of an elite few rather than the American people.

Despite what the Left would have us all believe, the FBI and many other three-letter federal agencies simply aren’t trustworthy, neither do they operate in a bipartisan way. Thanks to the politicization of the FBI specifically by corrupt politicians – most notably Barack Obama in recent years – such agencies function more as arms of the Democratic Party as opposed to independent enforcers of the law.

As we’ve covered on numerous occasions, the FBI has repeatedly been caught staging false flag attacks against the United States, staging witch hunts against the Left’s political enemies, and otherwise undermining this constitutional republic in the interest of globalism.

Be sure to check out this video from REAL.video for more information about the FBI’s extensive history of working against American interests by creating domestic terrorists designed to scare the public into accepting more tyranny.

During the segment, Carlson also brought up the infamous Southern Poverty Law Center (SPLC), which pretends to be an “anti-hate” group working on behalf of the marginalized – but that is actually a left-wing hate factory that, just like the FBI, works solely to implement the Democratic (communist) agenda.

“The organization has nothing to do with the South – or with poverty,” Carlson stated in no uncertain terms. “It’s a left-wing political group that uses ‘hate crime’ designations to target its ideological enemies and to crush people.”

Keep in mind that it was the SPLC that inspired a 2012 shooting attack at the Christian-based Family Research Council (FRC). The SPLC was also recently forced to pay a $3.3 million settlement to the Quilliam Foundation, “the world’s first counter-extremism organization,” after it falsely accused the group of harboring “anti-Muslim extremists.”

“The Southern Poverty Law Center lies,” Carlson stated, noting that the SPLC has worked directly with the FBI to implement the two groups’ mutual agenda. “They are utterly reckless and they’re totally dishonest.”

Illustrating the FBI’s close ties to the SPLC was a statement the FBI made back in 2009, declaring the SPLC to be “a well-known, established and credible organization that monitors domestic terrorism in the U.S.” This statement was based on the known fact that the SPLC had been working closely with the FBI to brief its personnel “on alleged terror threats to this country” – something that apparently still goes on to this day.

“Disturbingly … this relationship is ongoing, if you can believe it,” Carlson explained. “Despite multiple requests from this program, the FBI has refused to describe the extent of its collaboration with the SPLC.”

Despite repeated attempts by journalists and others to get more information from the FBI as to the nature of its close relationship with the SPLC, the federal law enforcement agency has routinely refused, obfuscated, or sidestepped the issue in every instance.

In a statement to Fox News, for instance, the FBI offered what Carlson says was “meaningless and mindless boilerplate statements” about how the FBI engages “various organizations” for “outreach” purposes – none of which have ever been properly delineated by the FBI.

Carlson says that the FBI’s responses to the Fox News inquiry were nothing but “mindless pap that does not answer the question.”