Home FBI Why Are FBI Agents Trammeling The Rights Of Antiwar Activists?

Why Are FBI Agents Trammeling The Rights Of Antiwar Activists? 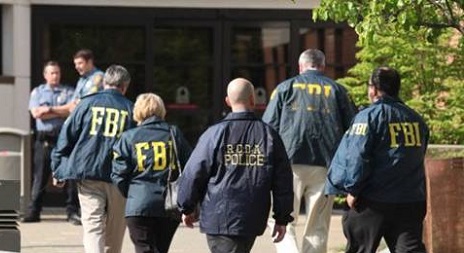 Five years ago this week, FBI agents raided the homes of six political activists of the Freedom Road Socialist Organization (FRSO) in Minnesota, Illinois and Wisconsin, as well as the office of the nonprofit Anti-War Committee. Those activists are still waiting to learn when, or even if, they will be charged or cleared.

As the St. Paul Pioneer Press reported on the day of the raid, “An FBI spokesman said agents were ‘seeking evidence related to an ongoing Joint Terrorism Task Force investigation into activities concerning the material support of terrorism. There is no imminent threat to the community, and we’re not planning any arrests at this time,’ said FBI Special Agent Steve Warfield of the Minneapolis office.”

A series of FBI documents left behind at Mick Kelly’s Minneapolis home shed more light on the FBI’s activities prior to the raid. But what is especially illuminating is the mindset the documents reveal, particularly some of the questions FBI agents were instructed to ask those being served with the search warrants, such as “What did you do with the proceeds from the Revolutionary Lemonade Stand?” and “Did you ever recruit anyone to go to Israel, the West Bank or Gaza?”

Only in February 2014, as a result of further legal action, would the search warrants for the raids be unsealed and the FBI’s use of surveillance and undercover operatives to penetrate the Anti-War Committee and the FRSO come to light.

According to the unsealed search warrants and supporting documents, the FBI began surveilling the FRSO shortly after the protests at the 2008 GOP convention, using a confidential informant. Whether the FBI had employed wiretaps obtained under the material support provision of the Patriot Act (as amended in 2006) is unclear. The FBI’s assertion about the group and the Anti-War Committee is that both acted as fronts for the funneling of money and other forms of support to Colombian and Palestinian groups labeled as foreign terrorist organizations by the State Department.

Kelly and the other political activists targeted by the FBI have long histories in the antiwar movement and related causes on the extreme political left. In 2011, Kelly settled a suit with the local police department over an excessive use of force incident during his protest outside the 2008 Republican National Convention.

Despite the FBI’s collection of over a hundred hours of recordings and its multiyear penetration of the two extreme leftist organizations, to date none of the activists have been charged with any crime.

It’s certainly not the first time the FBI has engaged in the harassment of political dissidents. Indeed, the FBI’s surveillance of antiwar activists dates back to at least World War I, to include surveillance of Nobel Peace Prize winner Jane Addams. The bureau has been an equal opportunity abuser of the rights of antiwar activists, whether on the left (like Addams and the FRSO) or on the libertarian side of the spectrum.

These incidents, while separated in time by nearly 100 years, also share another feature. No FBI agent or manager has ever been fired or prosecuted for violating the constitutional rights of those individuals or groups wrongly surveilled, harassed or charged.

Just four days prior to the FBI raids against the Anti-War Committee and the FRSO, the Department of Justice Inspector General [IG] released the results of an investigation into post-9/11 surveillance of peace groups and other domestic dissidents up through 2006.

As Andrew Cohen wrote in The Atlantic at the time, the IG investigation found that the bureau “engaged in tactics and strategies toward those groups and their members that were inappropriate, misleading and in some cases counterproductive. Moreover, the OIG accused FBI witnesses of continuing to the present day to thwart a full and complete investigation into the matter by offering ‘incomplete and inconsistent accounts of events.’”

A similar oversight investigation of the FBI’s raids against the Anti-War Committee and the FRSO-whether done by the IG or Congress-is long overdue. So is real accountability for government agencies whose employees flagrantly and repeatedly violate the rights of the citizens who pay their salaries.